How To Stop Fighting with Your Partner 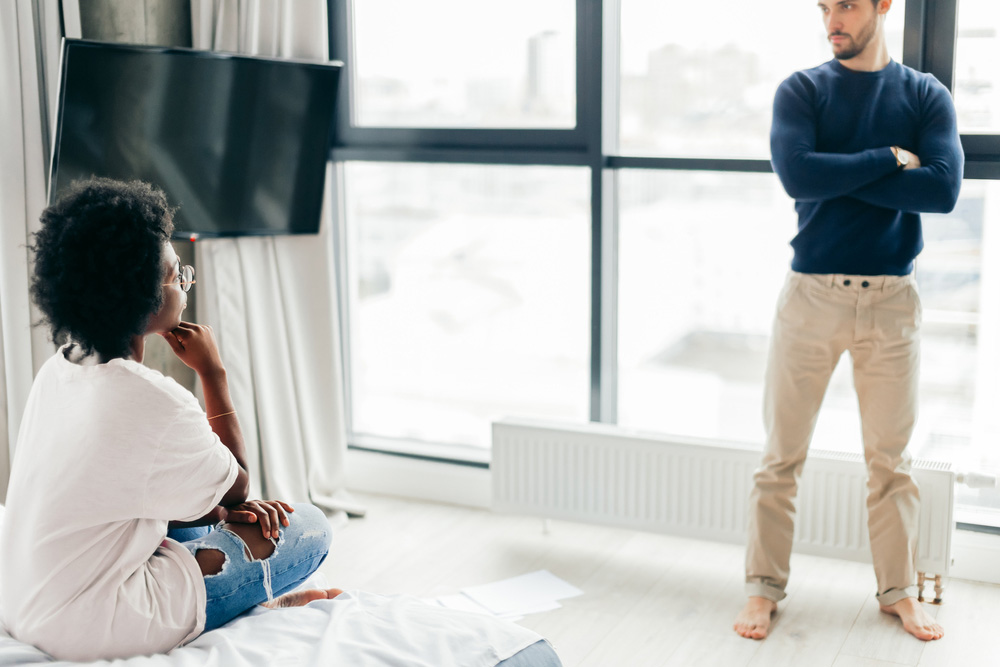 As a couples counselor, I have been asked this question many times by clients who are tired of being provoked by their spouse again and again (and again).

What these couples forget is that fighting has become habit –– a predictable, patterned behavior –– in their relationship. They just can’t remember not fighting anymore. In the beginning of a relationship, people aren’t used to each other yet and don’t always know how to talk to one another; so they get into arguments about little things that really aren’t all that big of a deal.

Why do couples fight?

The simple reason is that when we’re upset with someone and need him/her to change his/her behavior, almost every time we say something like “why do you have to be like this?” Or “what did I ever do for you to treat me like this?” That’s because we’ve fallen back on what worked when we were younger.

How did we fight when we were younger?

When you’re growing up and fighting with your siblings or parents, you likely often didn’t have the words or understand the concepts to resolve a conflict peacefully; so you may have resorted to name-calling or escalating with whoever was being mean to or annoying you.

And it likely worked! Your parents stopped what they were doing, came running after you yelling to stop and then made sure nothing bad happened to the person who caused the problem (and usually punished them by not letting them do something they wanted).

The pattern of fighting

Of course as adults, fights aren’t always resolved so easily especially if we have a history of not resolving conflicts peacefully. If it feels like you and your spouse fight all the time, chances are he/she has stopped responding to what worked in the past (for example, name-calling) because:

In any relationship we need our partner to change his/her behavior; but if he/she has grown so accustomed to hearing us say “please stop yelling, swearing or nagging” and nothing else seems to work anymore, it’s no wonder why he/she argues back sometimes without even thinking about it.

When couples  fight over small things like shoes being left on the floor, they are really trying to have their partner stop what he/she is doing in the best way he/she knows how.

Is it a discussion or fighting?

Arguing is just another behavior. What helps identify it as a fight (rather than a discussion) and separates it from gossiping, nagging or complaining is:

Why do we fight about the same things over and over again?

The more often we fight over the same issue, the less serious it seems and the more boring it becomes. It’s human nature –– people tend not to listen as much if they hear the same things over and over again.

What are some of the things we can do when it comes to making sure that our partner will stop doing something so that we don’t have to keep asking him/her?

There are some very simple steps you can take that may help you and your spouse change your behaviors.

Step 1: Get out of the fight mindset.

Using “I” statements that let your spouse know what’s bothering you in a respectful way and without blame or criticism. You might start by saying “I feel really sad when…” Starting with “you always …” or “you never …” demonizes your partner and distracts him/her from what you’re requesting.   It can also make him/her feel defensive and unable to change –– especially if they’re hearing it over and over again.

Don’t just ask your partner to do something once, give him/her some time to get the job done before you have to remind them again. Asking for things in a demanding way makes us more likely to resist whatever we’re being asked.

Reminding your partner about something is one thing but nagging means bringing up the same thing over and over again without giving them the chance to do what they said they were going to do. When was the last time you heard a parent say “thank you” after asking his/her toddler to clean up her toys?   Never, right?

Step 3: Let your partner know that you love them.

Show how much you appreciate their help. Say “thank you.” Use their love language. Read here to learn more about love languages.

When you feel yourself getting angry or upset over something small, talk to yourself about what’s bothering you in a few simple steps:

2 . Is this something I can really change? (i.e., right now would he really enjoy hearing how much his mother annoys me?)

3 . What am I doing/saying right now?   If there’s another way of letting him/her know what needs attention without being hostile or critical then choose that option.

Be a lover, not a fighter

Changing a pattern of fighting can be challenging but are certainly possible with time and effort. Be patient with yourselves, as you may only see one or two changes at first (and maybe no change for weeks or months). The more often you move through these steps the less likely it is that all of this effort will go unnoticed, and the happier your life together will be. If the patterns continue or feel too challenging to tackle alone, I’m here to help.

You can find out more about which cookies we are using or switch them off in settings.

Strictly Necessary Cookie should be enabled at all times so that we can save your preferences for cookie settings.

If you disable this cookie, we will not be able to save your preferences. This means that every time you visit this website you will need to enable or disable cookies again.